The Village: THEN and NOW

Coorclogh, the Islands and Ballymacoolaghan, c. 1840 (Click on image to enlarge): 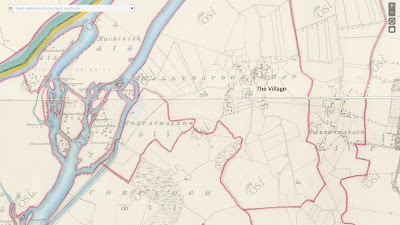 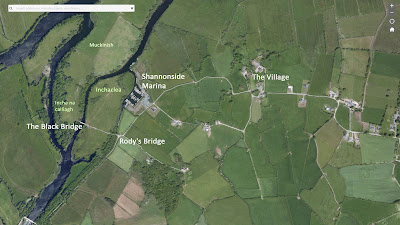 The map of 1840 shows up to 30 houses in "the Village," as Ballymacoolaghan Village is called. It is hard to say how many for sure, because of the difficulty recognising which buildings are houses and which are barns.

The recent image, showing the effects of "the New Cut" of the Shannon, completed c. 1844, on the river and its islands, (and also the recently added Shannon-side Marina) also shows that there are only about 3 houses left in the Village.